The ION 720W LED Grow Light is a huge step forward in LED lighting technology. This light is as effective as any other LED light on the market but far more affordable. On top of that, it limits energy expenditure and overall costs. The ION 720W LED is a GrowGeneration exclusive. Get yours today!

[0:00] Andrew: Hi guys, this is Andrew here at Grow Generation, um, here to talk to you today about a new and exciting product that I can’t wait to tell you a little bit more about. What we are looking at here is Grow Generation’s brand new, exclusive 720 watt LED.

[0:41] Andrew: Over the past couple of years I’m sure many of you have noticed there has been a renaissance in the lighting world. And more and more, both commercialist and hobbyist growers are switching from traditional forms of light, like high-intensity discharge, over to LEDs. Regardless of whether you are a home grower or a, uh, large-scale commercial operation, there are a number of reasons why you might wanna consider doing that. The LED lighting typically produces about the same light output as a thousand-watt high-intensity discharge lamp, with somewhere of about 35 percent reduction in electrical consumption and, of course, bonding 35 percent reduction in HVAC cost.

Basically, what we have here is a 700 watt LED. As I said, compared to a traditional high-pressure sodium lamp with a metal highlight, uh, there’s a savings of about 300 watts right off the top. And this makes them much more efficient. They are very cool for growing in a number of different settings. This particular light is designed as a close light solution which makes it applicable for vertically integrated, uh, growing operations as well as, uh, parking in a, you know, a tent at home. The dimensions on the fixture are 47 inches by 47 inches. So, you will get fantastic coverage over a four-by-four area. Couple of quick things to maybe just get into, uh, would be the spectrum of the light itself.

[2:13] Andrew: When you’re looking at LEDs, spectrum is very important. There are a lot of different products on the market. Some of which are geared 100 percent towards vegetative growth and others are geared entirely towards flower. And yet you have, uh, more, more fixtures out there that, uh, offer either some selective alteration of the spectrum that comes out of them or are broad-spectrum geared for either stage of growth. Again, as I said this is a 720-watt fixture. It, uh, is technically leaning slightly towards a bloom spectrum, though it can also most definitely be vegged under. It does contain Diodes that are both full spectrum as well as some far-red.

[2:59] Andrew: Okay, so, LEDs operate off of a technology called light-emitting diodes. Uh, very different than high-intensity discharge lights, these light-emitting diodes, uh, produce a much broader spectrum and allow for much closer placement to the plants. And, there’s a number of fixtures out there today that are all utilizing, uh, a variety of different diodes. Some of them are garbage and some of them are fantastic.

Our ION 720 utilizes the same Osram diodes that you would find in virtually any other top-tier LED on the market. This fixture operates at a very high-efficiency rating of two-point six u-moles per jewel. Now, that-that may sound very, uh, technical but basically, the way that I interpret that is as a measure of intensity per watt that you’re utilizing. Uh, and when this bad boy is fully turned up all the way to 100 percent, it can produce a PPFD of up to 1944 over your four-foot by four-foot growing area.

So, what that means is that you are getting just as much light intensity and functional light spectrum as you would out of any of the other lights on the market that are operating at much higher wattages.

[4:23] Andrew: Another thing that you might wanna consider when looking into an LED to purchase for your grow would be, uh, is it waterproof? Number one, particularly if you’re gonna be utilizing it in a greenhouse or in any sort of grow environment where there is, uh, potential for water to come from above. This particular light is rated at IP 65, uh, which is excellent for just about any application. Obviously, you’re not gonna wanna submerge it, but, uh, it is, uh, nearly fully waterproof.

[4:59] Andrew: The ION 720 LED is also fully dimmable, uh, both via an on the, on the fixture switch which will get you from 40 percent to 100 percent or it can be controlled using any standard zero to ten volt, uh, dimmer protocol. Uh, we will be offering a dimmer that works with this fixture that will also be branded as an ION product. In addition to being dimmable, these lights are also daisy-chainable. And that is accomplished via the ION controller, uh, which utilizes a zero to ten-volt protocol and can be used in multiple zones as well.

The ION LED 720 is also compatible with all voltages. You can run it from 120 volt at home, plug it right into the wall, or you can run it, uh, three-phase, 277-volts in commercial operations.

[5:54] Andrew: Once you have, uh, decided to purchase an ION 720 LED, the first thing you’re gonna need to do before you leave the store is let your salesman know what power you are working with. The ION LED system has a, uh, power cable that is hardwired and a small pigtail. Uh, in this case, this is a 120 volt, but they have a dedicated pigtail for 240 and for 277 volt. So, make sure you let your salesman know what power you are running when you purchase your light.

When you get your light home and you unbox it, it will be folded in half just like this, uh, there will be some styrofoam in between the LED bars. Couple of small things to note that are relatively important. We want to try and avoid picking up the fixture by the actual LED bars. If you have to move the fixture, you’ll want to do it by the ends.  You also want to be very careful never to touch the actuarial diodes yourself, uh, with your hands. Uh, you want to keep your hands off of the diodes as much as humanly possible.

Next, you’re gonna want to go ahead and unfold the light and bring it to a fully horizontal, flat position. If you need to set the light down, it is recommended that you set it down with the diodes facing downward.

And then lastly, we need to address the power. Each of these little pigtails will come with a waterproof cap on it.

[7:26] Andrew: And that’s true of both the pigtail as well as the power end. Uh, really straightforward. Very, very simple. This is a, uh, twist-lock mechanism. And, once you’ve got it locked you’re good to go. It would be strongly advisable to make sure that your main power source is off when you plug the light in. Uh, and then you can go ahead and turn your, ah, power source on. Again, your dimmer switch is down here on one end of the fixture. Any adjustments that you need to make from there on out, ah, uh y-you can either do from the controller or from the dimmer nob on the fixture.

Alright, once you have got your light fully assembled and you’re ready to hang it up, uh, again, we wanna lay it, the diodes facing down if we need to lay it down flat on a surface. Uh, last thing we’re gonna do is, we’re gonna come through with some ratches. Uh, in this case, we are using our Sun Leaves ratchets, and there are one, two, three, four, eyeholes. And, by the way, the fixture does come with uh, rope ratches but, uh, for the purpose of this video we are using our Sun Leaves ratches.

Now, from here, what I like to do, preferably, if at all possible is to go ahead and get all of your ratches hooked up and run up to whatever sort of a structure your gonna be hanging it from so that everything is completely affixed before you lift it off the ground or the table or whatever it is that you might be working with.

[9:02] Andrew: The well-rounded feature set in the ION 720 LED makes a fantastic competitor for really any other top-tier LED on the market today. I would put this up against, uh, nine out of ten other fixtures on the, on the market today. And this is something that you can pick up from Grow Generation exclusively at a notable savings, uh, over some of the other brand name competition. So, when you’re considering making a purchase, please come in and talk to us and, uh, see if we can’t fix you up with the right light.

[9:43] Andrew: Hey everybody, thanks for joining us today, our tutorial for the brand new ION LED 720, sold exclusively at Grow Generation. This product will be available in all of our retail stores or through your commercial account manager, Christmas of 2020. To see more content like this, please subscribe to our YouTube channel and keep learning how to grow like a pro. 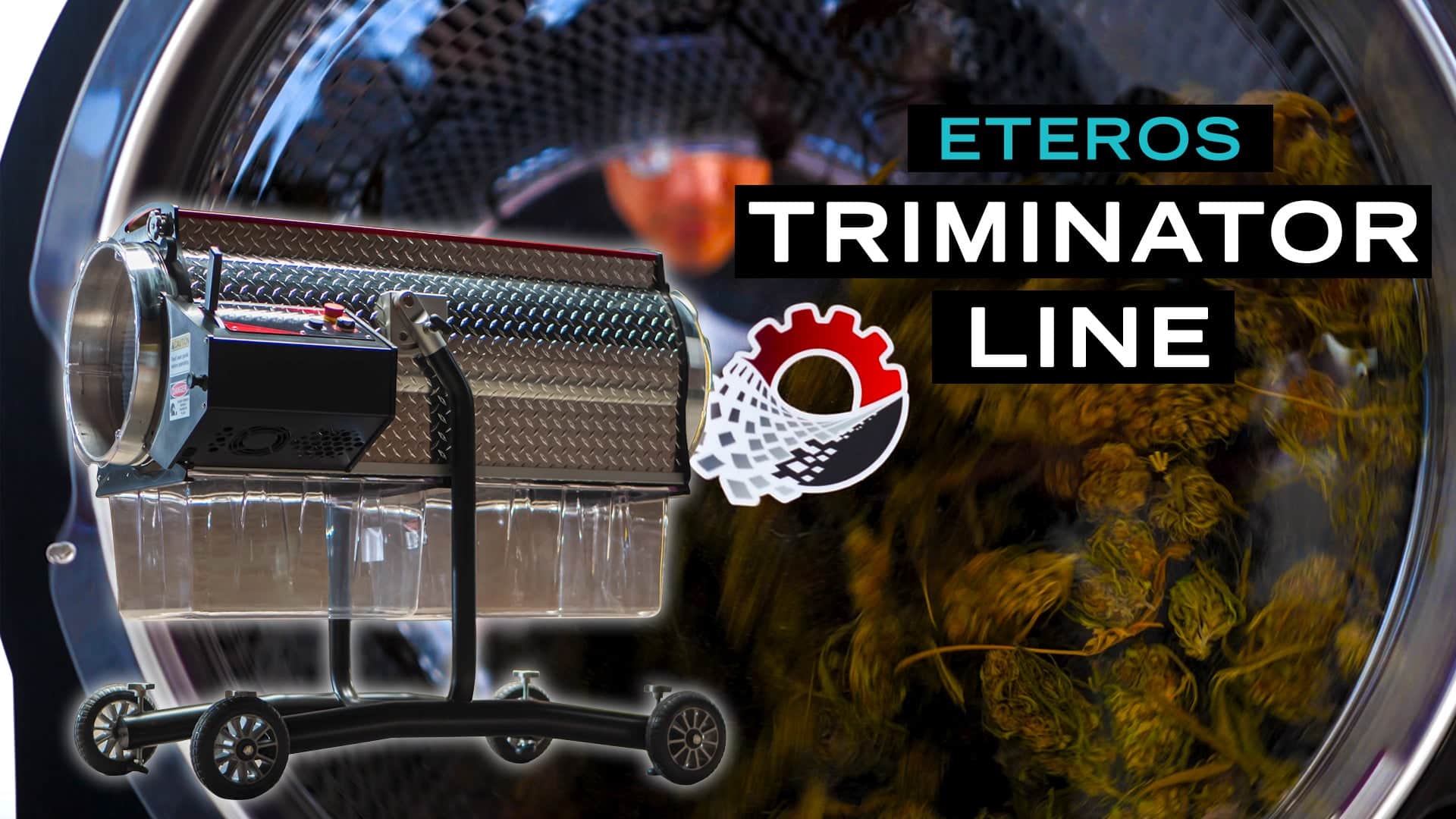 Everything Triminator does starts with the cannabis farmer. Their story began in Northern California when a few grower friends asked them to create a machine…
09/21/2021 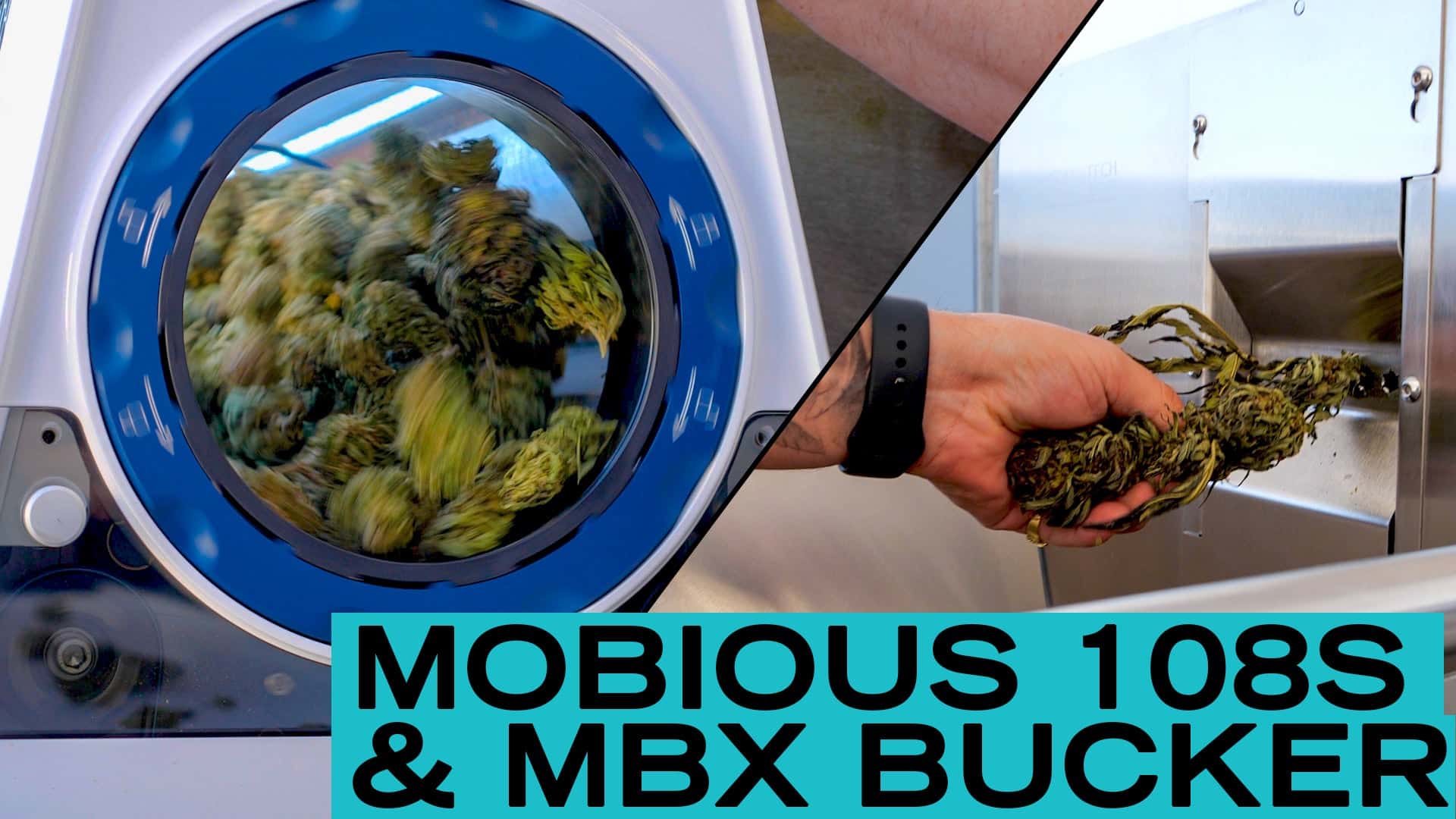 Mobius takes the complexity out of harvesting by offering the world’s best cannabis processing equipment. Our machines are engineered for ease of use, scalable output,…
09/13/2021

Choosing the right scissors for your harvest is very important. These scissors will be in your hands all day so you need to find the…
08/19/2021